The Solo product family has been renewed in the summer. The new Solo 2 and Solo Evo is available instead of the previous products. The technology and the operating principle has not been changed. However, important modifications were done compared to the previous versions. These changes would cause inconveniences if we were not aware of them. We have gathered these informations for you to keep you up to date.

The new products (Solo 2/Solo Evo) are compatible only with the new application.

In contrary to the previous Solo version, in the new software version, the user must  registrate at first to be able to use the product by receiving the confirmation SMS. The sharing works with a Google authentication system. It is more reliable in comparison to the old system that required the service of plenty of telecommunication providers. After the master user shared the access, the users must be within a 5 meters of range of the Solo at the first controlling to complete the sharing process. After that, the users can open the gate from the general 15-20 meters of range. 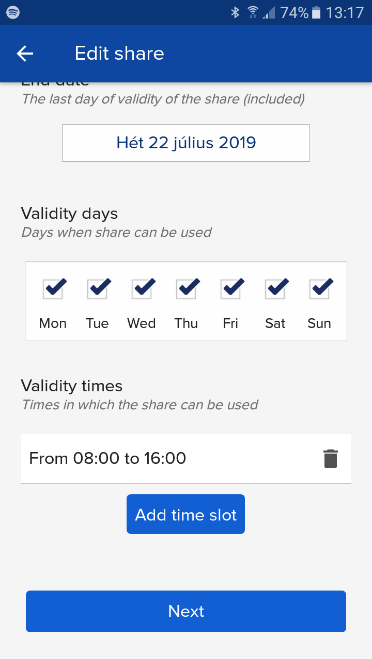 As far as the permission is concerned regarding the shared accesses, it was possible to give two dates in between the user was allowed to control the connected device at the old solo version. Beside of the dates, the new Solo allows to assign even days and a time period for user control permissions. Hence, we can give permissions to users that make possible opening a gate only on working days for instance.

The Solo 2 can handle 10, the evo can manage up to 50 users. If necessary, additional users accounts can be purchased (5 Euro/User). At the Solo 2, the number of users can be increased till 50 users, the Solo evo can manage up to 250 users. Nonetheless, for the Solo Evo it is possible to purchase a 200 user licenses. Howbeit, if we need to use the device with a great deal of users, we do not have to purchase one by one for 10 Euro.

The current web interface works with only the previous Solo version. The new web interface is under development for the new product family.

The user can give an individual PIN code unlike at the previous device versions where the PIN code was given by the manufacturer. 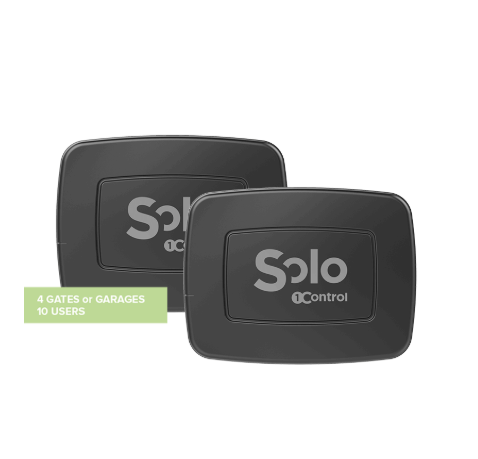